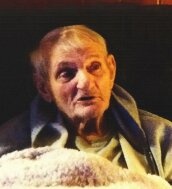 An Angel quietly came on December 20, 2020 to take our father home to be with his son and infant daughters.

Arthur Latham was born on March 26, 1931 to John and Hazel (Singer) Latham In Buffalo N.Y. He served in the US Army during the Korean Conflict for 4 years. On June 9, 1950 he married the love of his life Virginia (Hart).

He worked at Pepsi Cola driving tractor trailers for over 30 years. He also worked at Santa's Workshop, even taking a reindeer to NYC to be on the Captain Kangaroo show. He drove school bus for Ausable Valley Central School. He worked at CVPH as a carrier before retiring to his home of 62 years with his loving wife. He had a wonderful life traveling and playing music with friends and family. He loved working on his home and enjoyed taking care of his lawn, trees and flowers that he had planted over the years with his wife. He loved meeting and talking to people and telling them about his adventures in the service and his life with his wife and especially about his girls, Gwen and Debbie, who meant the world to him. He loved his family so much and spending time with them all.

He is predeceased by his son Arthur, Jr. and his two infant daughters Patricia and Brenda.

At Art's request there will be no calling hours or services.

To order memorial trees or send flowers to the family in memory of Arthur Latham, please visit our flower store.