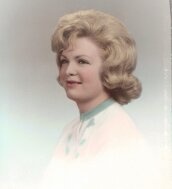 Barbara was born in Saugus, Massachusetts on April 30, 1942. On July 12, 1964, she married her husband Harold Ring. She worked for Sears Roebuck in Saugus and then as a police dispatcher for the Town of Rowley, Massachusetts. Barbara joined the Assessor's Office in Rowley and eventually became one of the town's assessors. The two later retired to Au Sable Forks, NY, where her love for animals, especially horses, led her to help with Elmbrook Veterinary Services.

Barbara is survived by her husband of 56 years, Harold, daughter Laurie (Dana) Atwood, sister Sharon (James) Cushman, and two grandsons, Quinn and Dylan Atwood. She was preceded in death by her parents.

To order memorial trees or send flowers to the family in memory of Barbara Ring, please visit our flower store.