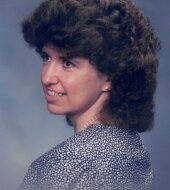 Bonnie was born in Plattsburgh, N.Y. on April 7, 1957, the daughter of Norman and Betty (Coolidge) Blaise. Bonnie attended Au Sable Valley Central and then graduated from Ticonderoga High School.

Bonnie married her husband Raymond in 1978 and started her travels throughout the world. Bonnie and Raymond celebrated 41 years of marriage on May 27, 2019.

Bonnie began working at the military exchange stores in North Carolina, Okinawa Japan, and in California. She made friends from around the globe, many became lifelong friends, no matter where she and Raymond were located. Bonnie volunteered as a key wife in Marine Corp, to help young married wives cope with their husbands being deployed around the world.

Bonnie worked for the Navy Exchange Service Command in Norfolk, Virginia and received various awards ranging from employee of the month to being promoted into human resources and eventually becoming the Executive Relocation Specialist, Point of Contact for passports and ID's.

Bonnie and Raymond retired in Chesapeake, Virginia, then moved back to upstate New York to be closer to their families.

Bonnie loved to entertain, cook, shop, and excelled at making various homemade crafts, painting, and took her creativity to a Better Homes and Gardens level of beauty. Her most amazing quality was the ability to make friends wherever they traveled, many of which are lifelong friends.

To order memorial trees or send flowers to the family in memory of Bonnie Trombley, please visit our flower store.