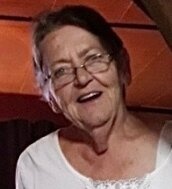 Born October 19, 1950 to Chester and Martha Rhino in Plattsburgh, Darlene spent most of her life helping others as a certified nurses aide.

She loved to cook and spend time with family, especially her grandchildren. Dar was known for her goofy and "happy go lucky" attitude and was an avid shuffle board player. She could often be seen sitting on her porch with her dog when she wasn't listening to Elvis Presley or complaining about what was on television.

Darlene is survived by her daughter Amy, her sister Lucy Coleman, and son-in-law Mike, grandchildren Kailee and Cameran, and several cousins.

She was preceded in death by her parents.

Donations can be made in Darlene's memory to an Alzheimer's organization of choice.

A private service will take place for the family. Interment will be at Fairview Cemetery in Black Brook.

To order memorial trees or send flowers to the family in memory of Darlene Betters, please visit our flower store.