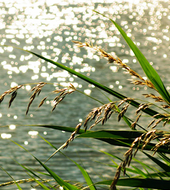 A native of Au Sable Forks, he was the son of Henry and Helen Blaise. On February 12, 1966 he married Denise David and to this union a son, David and daughter, Helen were born.

Preceding him in death are his son David Blaise; his parents; and his brothers, Howard, Henry Jr., and Kenneth.

To order memorial trees or send flowers to the family in memory of David Blaise, please visit our flower store.