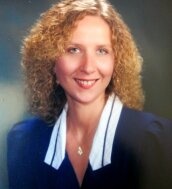 Deborah Taylor MacKenzie, 62, of Upper Jay, New York, passed away unexpectedly on January 23, 2021. Deb was born on September 24, 1958 to James O. Taylor and Janice A. (Townsend) Taylor. She worked in neuroradiologic research for over 25 years. Deb was also a New York state licensed animal rehabilitator who worked closely with Adirondack Wildlife Refuge. She had an uncanny ability to read the personality of all animals from fox to golden eagles. Her passion, however, was working with songbirds.

She married Kevin B. MacKenzie December 24, 2005 at Lake Placid Baptist Church. Deb's outspoken passion for helping animals and protecting the environment was evident to all who knew her. She wasn't one to keep her opinion to herself.

Deb was a key figure at Adirondack Wildlife Refuge and she often sat inside the animal enclosures interacting and photographing. A red fox clamped onto her pocket because it smelled cheese crackers, a merlin perched on her hand, or a fawn nuzzling her neck were commonplace. Hundreds of songbirds recovered while tucked in her neck or resting on her chest after a feeding-she used her body's warmth and the rhythm of her heartbeat as part of the rehabilitation process. She "whispered" many from the brink of death-she was a wildlife rehabilitator with a gift. She could read the nuances of animal body language and focused her passion into seeing them well again. She mourned each loss. Deb's photography will live on as her spirit will live on in the animals she helped save and now roam free. Her protectiveness of the animals was eclipsed only by her love and protectiveness toward her children.

A private family memorial service will be held on Monday, February 8, 2020 at 11:00 AM at Zaumetzer Funeral Home in Au Sable Forks.

Deb was open about her wishes so, in lieu of flowers, please direct a donation in her honor to Adirondack Wildlife Refuge.

To order memorial trees or send flowers to the family in memory of Deborah MacKenzie, please visit our flower store.