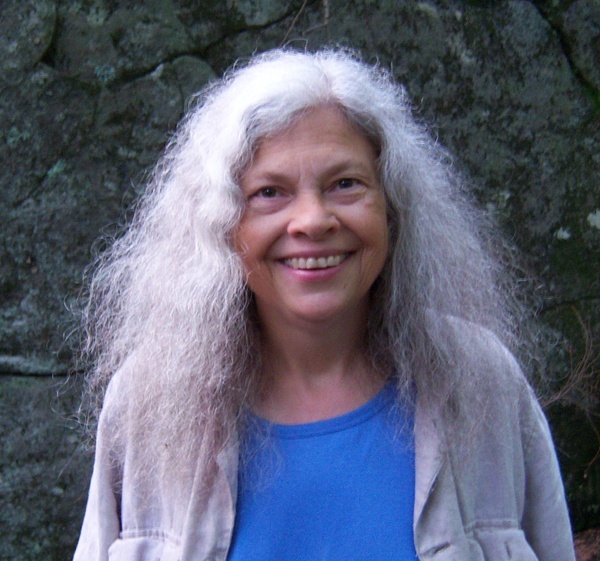 Deborah Dix Maxwell, 73, passed away on February 3, 2022, at her home overlooking Lincoln Pond in the township of Elizabethtown, NY.

Deborah (Debbie) was born on January 13, 1949 in Hartford, CT, to James Watson Maxwell and Marion Dix Maxwell. She graduated from Bulkeley High School in Hartford Connecticut in 1966, went on to earn a B.A. degree from Syracuse University in 1970, and continued her studies at Syracuse on a graduate level to obtain her K-12 NYS teaching certification (with a concentration in Math). She started her career in the Syracuse Public School system in 1971 as an elementary school teacher. It was also in Syracuse that she met and later married Gerald Zahavi (on April 28, 1984). The couple had no children but "adopted" several cousins, nieces, and nephews -- and their children -- whom they enjoyed and nurtured over the years.

Debbie moved to Schenectady with her husband in 1985 and there began to work for the Schenectady Public School District, teaching Junior High School and High School students until her retirement in 2012 after 40 years of teaching. As a teacher in two urban public school districts, Debbie took her commitment to children and education well beyond the classroom. She was a fierce advocate for children, education, and educational reform and became quite active in the Schenectady Federation of Teachers, serving as a Vice President and on multiple committees in the union. Debbie was a role model for many, a caring woman with a deep commitment to the countless kids from troubled backgrounds she encountered over those forty years. She was always ready to help them, to tutor those who wanted academic help, and to offer special assistance to those who needed it (including driving them to job appointments and college visits, and -- in a few cases -- offering financial assistance). She glowed when she talked about meeting her students as adults and seeing their growth. She touched so many lives.

Toward the end of her career, she was recognized by the Schenectady School District as Teacher of the Year. As a former administrator (and later friend) recalled: "She was one of the greatest educators I've ever known." One of Debbie's colleagues recalled: "She was an inspiration and had an impact on all of us. When her students walked out the door, her commitment went with them and she continued to mentor many of them years after she retired."

Debbie's affection for children also reached into the community. From 2004 until her death, she served as a board member of Safe Inc. of Schenectady, a youth shelter that provides outreach, shelter, counseling, and supportive services to homeless and sexually exploited youth. She became President of the organization in 2010 and continued in that post till the end of her term in 2016. She stayed active on the board of SAFE till the final two weeks of her life. It is noteworthy and revealing of her character that even while undergoing side effect-ridden cancer treatments during the last few years of her life, she volunteered to teach math skills to the shelter's resident youths.

Debbie was a kindhearted, courageous, intelligent, and resilient soul with immense empathy for others and a strong moral compass. She loved people, the land, and all animals -- wild and domestic -- helping, whenever she could, to make tender and meaningful connections between humans and animals (such as taking student groups on hikes in the Adirondacks, or helping a young cousin overcome her fear of dogs). She worked as a volunteer with the Adirondack Park Agency (APA), the NYS Department of Environmental Conservation (DEC), and the Adirondack Park Invasive Plant Program (APIPP) to protect the wild lands and waters she treasured. She served as secretary of the Lincoln Pond Association, a non-profit, non-partisan organization devoted to protecting, preserving, and improving the waters and natural beauty of Lincoln Pond and its surrounding lands and watersheds.

Debbie was an activist, totally committed to the fundamental values that she believed this nation stood for: justice, equality, fair play. In her struggle for social and economic justice, she was no "summer soldier and sunshine patriot." In 1970, during the Vietnam war, when classes were canceled at Syracuse University in May due to student demonstrations and when most students simply went home, Debbie stayed in town to knock on doors and advocate for change. When women's rights (and human rights) were challenged, she marched alongside her sisters to Washington D.C. Throughout her life, she deeply cared for and believed in social and economic justice and democracy, working not only through various groups devoted to these goals (demonstrating, for example, for affordable energy rates for poor working people) but also vocally supporting candidates she knew were best for her community, county, and country.

Debbie loved the land she inhabited. Every day for many years, she -- alone or with her husband -- would round up resident and visiting canines to hike up a hill to a viewpoint atop a ridge above her home. There, she would enjoy the infinite permutations of clouds and mist above Lincoln Pond, such a major part of her and her husband's life; and on clear days, she savored the beautiful views of the High Peaks of the Adirondacks looming in the distance. Her land was always generous to her, giving wildflowers, firewood, raspberries, and lovely places to hike. In her death, Debbie wanted to give her body back to the land she loved so powerfully, and so on February 9, 2022 she will be laid to rest with a simple, natural ("green") burial in a lovely spot on her land overlooking Lincoln Pond.

A public celebration of Debbie's life will be scheduled for this coming late spring or summer and will take place in Schenectady, NY, where so many of her students, colleagues, and friends live.

Deborah is survived by Prof. Gerald Zahavi, her husband, and by her niece, Jodi Wiseley and Jodi's son, Shane Fischer, and by her nephew, Michael Maxwell and his two daughters Dakota Torales Maxwell and Dylan Maxwell. She is preceded in death by her baby sister Donna, who tragically died soon after birth, by her brother Donald Maxwell, and by her father and mother, James Watson Maxwell and Marion Dix Maxwell.

The family would like to thank the staff at High Peaks Hospice for their loving care and support throughout Debbie's final weeks.

In lieu of flowers, memorial donations can be made in Deborah's name to SAFE Inc. of Schenectady (www.safeincofschenectady.org).