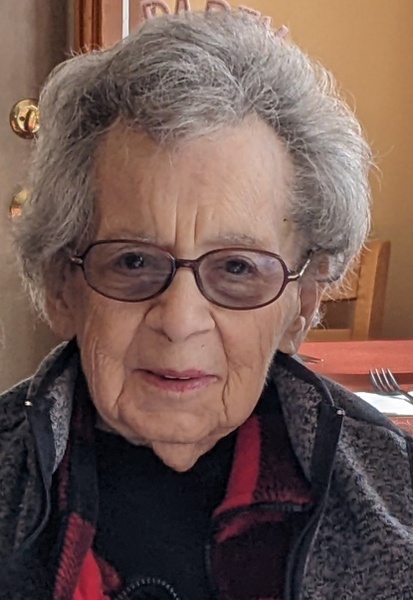 She moved to Keene Valley in 1951, where she met Frank Huchro, Sr., introduced by Dottie's second Mother, Reeta Hamner, and taught together with Frank, Sr. at Keene Central School, then married in 1956.

She was predeceased by her sister, Joyce and brother Monte, and survived by her two sons, Frank, Jr. and Brian as well as brothers-in-law Stanley and Walter Huchro along with many cousins, nieces and nephews on both the Issett and Huchro sides of the family.

First and foremost, she was a Mother, like no other and up until the day before she passed was still making sure her sons were taken care of by asking whether they had warm coats on their person before going outdoors! Dottie was the Home Economics teacher at Keene Central for 25 years (a total of 32 years of teaching).

She retired in 1977, at which point she seemingly became even busier than ever in her selfless acts towards others. During those years at Keene Central, and in Keene Valley community as a whole, she influenced countless students and their families not only through formal education but through selfless support of the entire community in freely giving her time and energy towards helping out a neighbor, or a student 1-1, participating in school plays, bake sales, church bazars, chaperoning senior class trips, making her famous dill pickles, sharing her great Lebanese cooking with many, and through countless other volunteer activities including the Well Baby Clinic, the Keene Valley Hospital Board, and her instrumental efforts towards converting the KV Hospital to the KV Neighborhood House, where she was an active Board member, and then a KVNH resident.

A Mass of Christian Burial will be held at 2:00 pm, on Wednesday, April 13th, 2022 at St. Brendan's Church, in Keene, NY followed by a burial service at Norton Cemetery.

A celebration of life gathering will be held in the summer of 2022. In lieu of flowers, given the importance of Dottie's focus on making sure people were well fed, donations may be made in her name to St. Brendan's church, community assistance program, C/O St. Agnes Church, 169 Hillcrest, Avenue, Lake Placid, NY 12946.

To order memorial trees or send flowers to the family in memory of Dorothy Huchro, please visit our flower store.