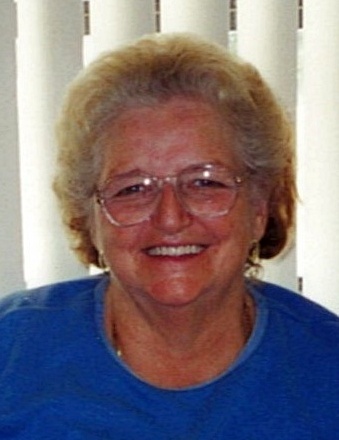 Eleanor (Roach) Douglas passed away on April 18, 2022 with her family at her side. "Ellie" as she was known, was born on December 29, 1936 in Plattsburgh, NY, the daughter of the late Francis D. and Agnes (Quinn) Roach.

She graduated from St. John's Academy in 1954 and from Champlain Valley Hospital School of Nursing in 1956 as a Registered Nurse.

She married Arlen R. Douglas on June 21, 1958. They had two children in 1963 and 1964 respectively. Together they owned and operated several businesses including Douglas Fuels Inc., Douglas Rambler and Douglas Chrysler Plymouth dealerships. Arlen passed away May 8, 1965. Ellie married Leo G. Douglas in 1968 and continued as the owner/operator of those businesses until 1977 when she sold them and went back to nursing.

Ellie was named in Who's Who of Outstanding American Women in 1968 and she was also the first woman to own and operate a car dealership in the state of New York.

Although she began her nursing career in the Operating Room at CVPH in 1956, the majority of her nursing career was spent working in the community she loved as the town nurse supporting several doctors including her dear friend, Dr. Tilman Kluwe. She spent the last 10 years of her career working as a nurse at NYS Dept. of Corrections, Adirondack Correctional Facility in Ray Brook where she retired in 1993.

She is survived by her daughter, Karyn (Douglas) Ware and her husband Gary of Au Sable Forks, and her son Kirk A. Douglas and his wife Metta of Schuyler Falls; two grandchildren, Gary Ware Jr. and Kaden Douglas; two sisters-in-law, June Gallant of Ft. Myers, FL and Mary Roach of Peru, NY; several nieces and nephews, and many close friends.

Ellie loved spending time with her family, selling tickets to support local charities and volunteering her time and talents wherever needed. She was a staple in her community for over 60 years and she will be missed by many.

To order memorial trees or send flowers to the family in memory of Eleanor Douglas, please visit our flower store.