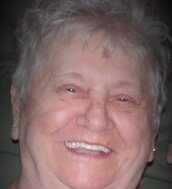 Esther was a beloved mother, a devoted wife and treasured friend. Esther loved to dance, sing, baking, raising hell, feed the birds and play bingo. She will forever be in our hearts.

Services will follow at the convenience of the family.

To order memorial trees or send flowers to the family in memory of Esther Dorr, please visit our flower store.