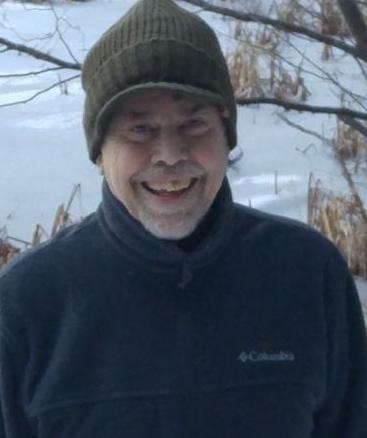 George Charles Leiper, 63, of Jay, passed away after a long, courageous battle with cancer. Born April 1, 1958, in Manchester, CT, he was the son of Robert and Carmella Leiper.

George's journey in the world of construction began in 1976, where he became a general laborer. He would go on to own his own company, "G&L Construction", building homes in the greater Hartford area. Throughout his life, George enhanced his knowledge of construction methods and principles, eventually becoming a master craftsman. His long career would eventually lead to joining the Carpenter's Union 12 1989 and finally working for Standard Building where he worked on many buildings in the Hartford and Springfield, Massachusetts area including Wadsworth Athenium, Hartford Hospital, CT Children's Hospital, Otis Elevator, Mercy Medical Center, The Hartford Insurance Co, to name a few.

He built a home in Union, CT in 1994, where he resided until 2010 when he and Denise retired to the Adirondacks where he built a large barn with the help of many locals and renovated their "camp" to a year-round home.

George was an avid skier having skied the mountains of New England, Park City, Steamboat, Jackson Hole, Whiteface and his dream of dreams, Zermatt Switzerland in 2020. He also loved to be on the water boating and fishing and of course, going out and having a good meal!

A devout Catholic, George's faith played a central role in his life. He rarely missed weekly Mass; his devotion to the church gave him comfort, especially in his later years. He will be missed by many who enjoyed his spirit and smile.

George was predeceased by his mother Millie, and sister Roberta.

Visitation will be held Saturday, January 15, 2022 at 10:00 a.m. at Zaumetzer Funeral Home, Au Sable Forks, with Father Kris Lauzon of Holy Name Church presiding over a prayer service at 11:00 a.m. at the funeral home. Interment will be in the spring at Holy Name Cemetery.

To order memorial trees or send flowers to the family in memory of George Leiper, please visit our flower store.