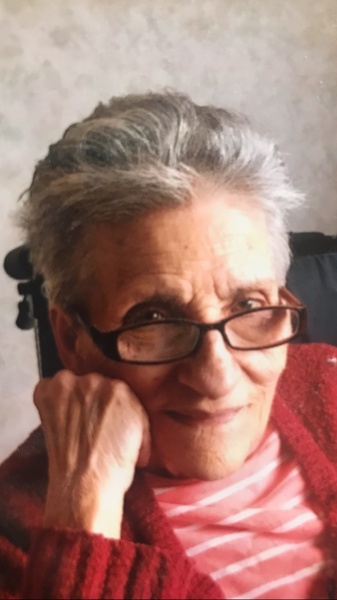 Antoinette "Jean" (Ubriaco) Cordes passed away on April 1, 2022, surrounded by her loving family.

Jean was born June 28, 1928, in Plattsburgh, NY. She was the first child and only daughter of Joseph Ubriaco, a New York City resident and a first-generation Italian-American, and Ardelle (Smith) Ubriaco, from Jay, NY, whose family included some of the earliest settlers of the town. Jean grew up in The Bronx where she graduated from Walton High School. She also attended the High School of Music and Art in Manhattan where she studied the cello in spite of her real passion: the piano.

Though she was a New York City resident, Jean spent every summer in Jay with her beloved grandparents, Dr. John and Corinth Smith. This made Jean the product of two worlds: her mother's Adirondacks, where her heart was, and her father's New York City, which shaped her personality and interests.

Jean married John "Jack" H. Cordes of Mount Vernon, NY, in 1953, and together they had four children: John, Betsy, Kate, and Caroline. In 1965, the family moved from Yonkers, NY, to Jay, NY. After raising her children, Jean earned a Bachelor of Arts degree in Sociology from Plattsburgh State University. She began her career as an alcohol counselor for Essex County, educated area youth as Clinton County's first STOP-DWI Coordinator, and ultimately retired from Clinton County as a jobs specialist. Jean worked tirelessly to find employment for some of the neediest members of her community.

In her retirement years, Jean continued to serve her community. She volunteered at two elementary schools, operated her local thrift shop, grocery shopped for and read to the visually impaired, and donated weekly to her community food shelf. Jean's children and grandchildren were the center of her life. Jean and Jack's house in Au Sable Forks was the site of every holiday dinner and extended family gathering for 30 years. With a table of her blueberry crumble and pumpkin chocolate chip cookies nearby, and with her entire family gathered around, Jean would seat herself at the piano and play everything from classical to contemporary pieces. She especially loved the jazz standards and her favorite, Gershwin's "Someone to Watch Over Me."

Jean was an avid reader and especially enjoyed reading The New Yorker. Jean also enjoyed needlecrafts, gardening, and New York Times crossword puzzles. Jean was a keen spotter of Santa's sleigh in the skies over the Au Sable River on Christmas Eve; she called her grandchildren every year to let them know that Santa was on his way. A lifelong Democrat, Jean stood up for what she believed in, even if she was standing alone. Jean's family is proud to carry her legacy of compassion and empathy into the future.

Jean was predeceased by her parents, husband Jack of 57 years, and brother Robert Ubriaco.

Services will be private. Please consider honoring Jean's life by donating to your local food shelf.

To order memorial trees or send flowers to the family in memory of Jean Cordes, please visit our flower store.