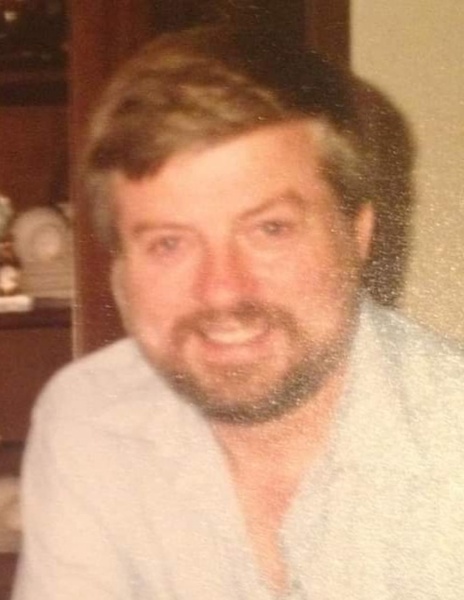 In the early morning hours on April 21, 2022, expecting to put in his usual full day of work at the North Country Center for Independence, our father, John Joseph Farley, woke up to the smiles of our mother, Viola, and our sister, Stacy, in Heaven.

Our dad was born September 19, 1943 to our great grandparents John and Dorothy (Shipley) Farley in Brooklyn NY. He graduated from John F. Kennedy High School and Vorhees Technical College. In November of 1963, our dad met our mom. Dashing Johnny married the beautiful Viola Byers on April 24, 1965.

In December of 1966, family planning went wrong and on August 14, 1967 Lauren Beth was born. In 1969, the little Brooklyn family moved to King Salmon, Alaska where John took a job as a heating engineer for the Federal Government. Google Brooklyn and then Google King Salmon. We are confident our 24 year old city mom, with toddler in tow and flying for the first time ever, did not expect THAT! Johnny had the ideas and Viola had enough love and confidence in him to ride the ride. On June 24, 1971 our sister, Stacy Beth, was born in a Dillingham, AK. Later the same year, our father took another federal position, Airport Operations Facilities Manager, in Cold Bay, Alaska. On October 9, 1975, our brother, John Ryan was born in Anchorage AK and our family was complete. We think Cold Bay was our parent's favorite time. In 1978, wanting to move back to the Lower '48 to be closer to family, a transfer to Connecticuit for an FAA job. We are confident this was our parent's least favorite place. Cold Bay to suburbia did not go over well with our mother.

In 1979, Johnny had another idea and Vi got on the ride again. This time to Wilmington, NY to own and operate the North Country Inn. Financially, it was a constant struggle but experience-wise, it couldn't be beat. It was a family business. Our hilarious experiences there are too numerous to mention. Our mother cooked, the sisters waited tables, our dad did a little of everything and 5 year old Ryan directed customers to parking spots for money whether they wanted to or not.

In the mid 80's, Stacy was diagnosed with cancer. Our dad accepted an offer from Pan Am Airlines to direct Facilities and Operations at JFK and our sister received the best care possible from Sloan Kettering. Our sister passed away on June 7, 1992. She was 20 years old. Our family went on but we were never the same. After spending years going through the anguish of chemo, radiation, remission, recurrence and experimental drug trials with our sister, left our mother a shell of her former self. Johnny to the rescue!

Throughout the rest of 90's and early 00's Johnny saw opportunity and dollar signs AND Viola got back on the ride. Our dad, under contract with the US Department of Defense, served in a variety of capacities including overseeing the rebuilding of the Turkish infrastructure following a devastating earthquake and designing stratigic air bases in Saudi Arabia. They built lives in several countries and visited many more. Ireland, Egypt and Italy were top three. Egypt beat Italy because Johnny wore shorts to The Vatican and was refused entry by the Swiss Guard. Our father's last overseas stint could not include our mother because the opportunity was in Iraq as part of Operation Enduring Freedom. We have no idea what he did there. We do know it was the only contract he didn't finish. He surprised our mother by returning to her in Plattsburgh, NY weeks before his contract ended. It was only after the death of our mother on November 14, 2016 our father told us of his experiences in Iraq. We will be asking Harrison Ford to play our dad when the movie comes out.

Not ones to stay in one place for too long, Johnny and Viola traveled the US visiting beautiful beaches. Our father loved beaches and our mother loved beachfront suites with balconies and room service. As grandchildren and then great grandchildren arrived, traveling stopped and visiting Nana and Gramps' house became the place to be. Johnny, now Gramps, began to get on Nana's nerves so he became, once again, employed full-time. His time and talents were now utilized by a disability rights advocacy organization as an Architectural Barrier Consultant. He will be missed by many there.

As his surviving children, although it was an incredibly painful time for all of us, we appreciate the five years we got to spend with him following our mother's passing. Right now, this moment is painful, too, but the peace we have knowing our parents are together again will prevail.

Along with our mother and sister, our father was predeceased by his parents, his older brother Martin Farley, and nephew Sean Farley.

There are no calling hours. A Funeral Mass will be held at Holy Name Church in Au Sable Forks, NY at 10:30 am on May 4, 2022 with burial to follow at Holy Name Cemetery.

To order memorial trees or send flowers to the family in memory of John Farley, please visit our flower store.