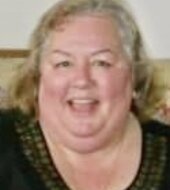 On Sunday evening, March 29, Linda unexpectedly passed away. She was born in Plattsburgh, NY on April 27, 1956, the daughter of Bobby and Patricia McCallister. Linda graduated from AVCS in 1974, followed by OLVA Secretarial School in 1975. In 1976, she married and lived the next 20 years as a Navy wife. Over that time she called many places home, however none she loved more than Italy! She ended up getting divorced and moved back to Plattsburgh in the mid 90's. It was here that Linda built a life for herself, working many years at the Press Republican, followed by several years at the Plattsburgh Free Library. In the early 2000's, Linda met the love of her life, Brent Dupee, whom she married on 12/05/2008. In 2015, Brent and Linda bought a home in Au Sable Forks, and were happy to have their "Retirement Home"! In the good times and tough times, Brent never left Linda's side; through her many surgeries, long recoveries, and anything and everything else that would pop up! Linda would often say that Brent was not only her soulmate, but also her rock.

Linda greatly enjoyed beading and making beautiful jewelry. She also enjoyed working with Brent in their garden and liked to watch Brent work with his bees. She then would call and ask who wanted honey. Linda's fondest memories were gathering with family during the holidays.

Linda was predeceased by her Dad, Bob McCallister in November 2008 and also her brother Tim, in June, 2008.

Due to the Coronavirus pandemic, there will be no services at this time

In Lieu of Flowers, the family requests donations be made to the Wounded Warrior Project in Linda's name.

To order memorial trees or send flowers to the family in memory of Linda Dupee, please visit our flower store.