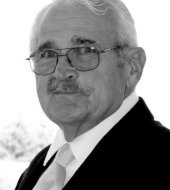 He is survived by his two daughters, Alycia RaeAnn Charles and son-in-law Keron, and Jordan McLean; three granddaughters Sienna Lisa, Evelyn Mae, and Lillian Elise; his sister and brother-in-law Jo Ann and John McCabe; sister-in-law Linda Johnson and her two sons, Tucker Scsigulinsky and Troy Scsigulinsky; sister-in-law Lori Hoffman and her two sons, Zach Dahl and Jacob Dahl; his mother-in-law Anna Johnson; Justin and Tamber McCabe and their two children Madison and Zander McCabe; Cora and Matthew Sheldon and their daughter Quinn Herringshaw; and many nieces and nephews.

Preceding him in death were his son Tristan Michael McLean; his wife Lisa McLean; and, his parents.

A private family graveside service will be held in the Spring.

Services were entrusted to the Thwaits-Zaumetzer Funeral Home.

To order memorial trees or send flowers to the family in memory of Michael McLean, please visit our flower store.