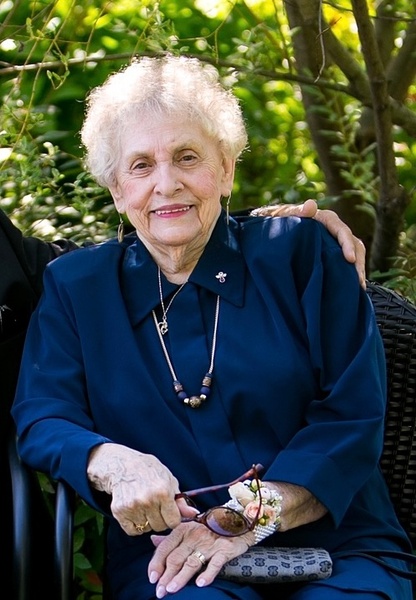 Mrs. DeMarco was born on February 8, 1928 in Garfield, NJ, to Kurt Petzold and Martha Nebiker.

Norma graduated from Garfield High School in 1943, where she was a member of the Wapitti Club, a tight-knit group of girls who remained lifelong friends. She then married Joseph DeMarco in Garfield, NJ, and to this union the couple had two children, Joseph DeMarco, Cortland, NY and Gary DeMarco, Centerville, OH. This year the couple were married for 75 years.

In her younger years, she was an excellent swimmer and enjoyed roller skating. Joe and Norma enjoyed polka dancing and shared a love for the Adirondacks, and Whiteface Mountain where she skied into her 70's. In 1975 they made their home in Au Sable Acres after falling in love with Whiteface.

Joe and Norma traveled the globe, having skied in Austria and Colorado; and they also went on several cruises to Panama Canal, Alaska, and Hawaii where they celebrated their 50th wedding anniversary.

Norma loved her kitties, and had an incredible love for her family. She was a loving Wife, Mother, Grandmother, and Great-Grandmother.

Norma is preceded in death by her parents, a sister Helen, and brother-in-law Bill Tutsch.

Donations may be made to the American Cancer Society or to St. Jude's in Mrs. DeMarco's name.