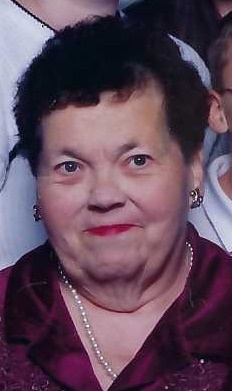 Pat was born August 16, 1939, in Plattsburgh, N. Y., the daughter of Donald J. and Leah M. (Martin) Adams. She was married to Wallace N. Pulsifer, Jr. on August 22, 1959 in the Holy Name Church in Au Sable Forks. They lived their entire married lives in Jay, N. Y. Together they had five children.

Besides her parents, she was predeceased by her husband, Wallace N. Pulsifer, Jr., a sister, Linda M. Duell, and a brother, Gene Adams.

Calling hours will be held at the Zaumetzer Funeral Home in Au Sable Forks from 10 to 11 a.m. on Tuesday, December 7th, 2021, followed immediately by a service, Rev. Kris Lauzon officiating. Interment will follow in Holy Name Cemetery.

A reception will be held at the American Legion in Au Sable Forks following prayers at the cemetery.

Donations may be made in Patricia's memory to the Au Sable Forks Ambulance Squad.

To order memorial trees or send flowers to the family in memory of Patricia Pulsifer, please visit our flower store.