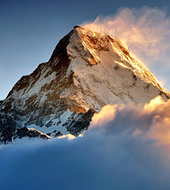 Phil graduated from Au Sable Forks High School in 1947 and later joined the US Army during the Korea Conflict. Following his Army service, he graduated from Albany Business College and began a long career with National Commercial Bank and Trust Company, now Key Bank, serving as Branch Manager in several of the North County bank branches before retiring in 1992.

Phil was predeceased by his parents and brothers, James, Daniel. Jr. and Vernon as well as sisters, Marguerite Wilmot and Patricia Besaw. Also predeceasing Phil were his nieces, Cheryl (Burgess) Braun and Robin (Burgess) LaDuke.

Though Phil never married, his nieces and nephews were a very important part of his life and he enjoyed spending time with them, particularly at "Deercrest," his camp on Hardwood Hill!

There will be no calling hours. A Mass of Christian Burial will be held on Friday, October 30th, 2020 at 11:00 a.m. at Holy Name Church in Au Sable Forks.

Arrangements were entrusted to the Zaumetzer Funeral Home in Au Sable Forks, NY.

To order memorial trees or send flowers to the family in memory of Philip McDonald, please visit our flower store.