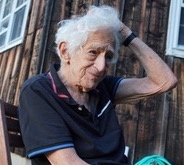 Richard J. Bernstein, 90, passed on July 4, 2022 in his summer home in Jay, New York, after a long bout with heart and lung disease.

In a life propelled by perpetual optimism, Bernstein taught philosophy for 70 years, beginning at Yale University, Haverford College, and, since 1989, the New School for Social Research. He led his last class there in May of 2022, just before his 90th birthday.

Bernstein dedicated his life to his countless students and colleagues, offering opportunities for research and fellowship to philosophers and students around the globe. He is the author of more than a dozen books.

More than any of his professional accomplishments, Bernstein was ineffably proud of his children and grandchildren, and most of all, of his 67-year marriage with his wife, Carol L. Bernstein, the former Chair of the English Department at Bryn Mawr College. A lover of food, theater, music, art, and nature, Richard Bernstein drank in each day with gusto. "It's a wonderful day to be alive," was one of his favorite sayings. Just before he died, he traveled to his beloved Adirondack mountains in upstate New York, where he and Carol designed and built a summer home after he won a teaching prize in the late 1960's.

Bernstein wrote many of his books in a cottage there, including the forthcoming The Vicissitudes of Nature: From Spinoza to Freud. His final dinner, he asked to be wheeled to the outdoor table, with a view of the sun setting over the Sentinel Range in the Adirondacks. "Today," he said, "was a perfect day."

He is survived by his family: his wife, Carol; his four children: Robin, Andrea, Jeffrey, and Daniel, their spouses Bobby, Liz, Oscar, and Ben; by his six grandchildren: Skylar, Tessa, Maya, Jonah, Zelda, Dashiell; and by Skylar's spouse, Elisabeth.

The family will be commemorating his death privately, with a public memorial in the fall.

In lieu of flowers, the family asks friends to make a donation in his name to the Adirondack Mountain Club, Doctors Without Borders, Planned Parenthood, or the charity of their choice.