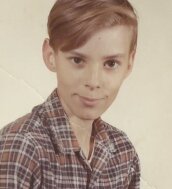 He was the son of Anthony and Loretta Petrashune.

Ricky enjoyed being outside and working in his gardens. He really enjoyed the woods and camping in his free time, as well as drawing, reading, and learning about history. His friends and family could always tell when he was happy, because of his special chuckle. Above all, he was a very kind-hearted person who would do anything for anyone.