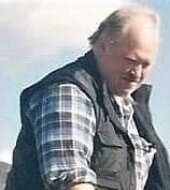 Born in Poughkeepsie, he was the son of Walter and Laura Denton. Robert was a veteran of the Army and served from 1963 to 1965. He was also a member of the American Legion, Kiwanis International, the Upper Jay Fire Department, and the Au Sable Forks Volunteer Ambulance Service.

Survivors include his daughter, Carrie Denton; and, son Scott Denton; brothers Tom and John Denton, and sister Lois Hobby, along with nieces and nephews.

Preceding in him in death is his wife Lynda.

To order memorial trees or send flowers to the family in memory of Robert Denton, please visit our flower store.