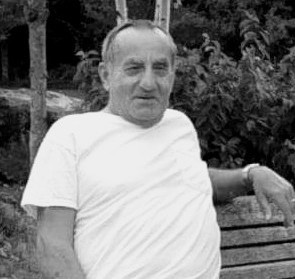 Robert was born in Plattsburgh, NY to George Kinsman and Helen Rosenbauer. He was married to the love of his life, Jody Borden for over 30 years.

Some of his favorite things to do were to watch wildlife. He enjoyed spending his time bird watching and feeding the chipmunks and deer in his yard. Being quite the outdoorsman, he was often found fishing and camping and riding the back roads. He loved listening to older music while relaxing.

Preceding him in death are his parents; and siblings Joanie Mapes, George "Mickey" Kinsman, and Joseph Kinsman.

He is survived by his wife of 30 years, Jody Borden; his sons Robert (Jennifer) Kinsman, Joanna (Mark) Devlin, and Eric Kinsman and his partner Donna Tefoe; stepchildren Jesse (Hillary) Rogers and Tricia Rogers; nine grandchildren; and, many nieces and nephews.

A Graveside Service for Robert will be held on Monday, April 11, 2022, at 11:00 AM at Jay Central Cemetery with Fr. Kris Lauzon officiating, followed by US Army Honors.

To order memorial trees or send flowers to the family in memory of Robert Kinsman, please visit our flower store.