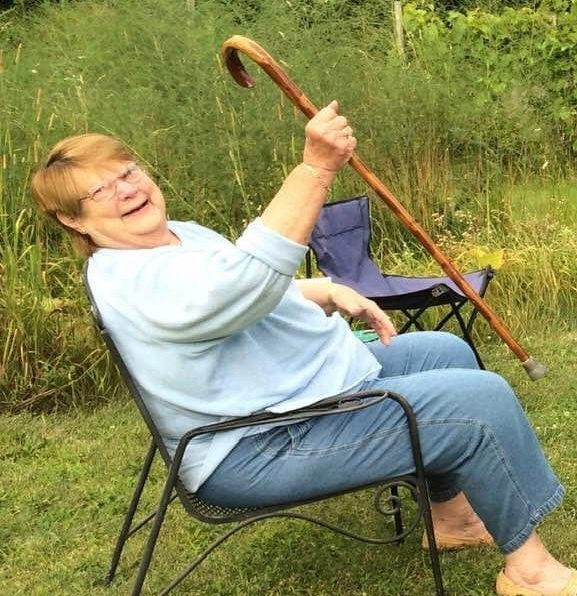 Sandra Gail Van Benschoten, 82, of Jay, New York passed away on June 23, 2022 in Lake Placid, New York. She was born on April 19, 1940 in Suffern, New York, and was the only child of Anthony and Helen (Mowerson) Locker. She grew up in Ramsey, New Jersey. Sandy is survived by her husband of 53 years, Thomas J. Van Benschoten, also of Jay, New York. They were married on January 11th, 1969 at the First Presbyterian Church in Ramsey, New Jersey.

Sandy attended Ramsey High School and was an O.R. nurse at Orange Memorial Hospital in Orange, New Jersey and Good Samaritan Hospital in Suffern, New York. She and her husband Tom raised their two children in Saddle River, New Jersey. Sandy was a Girl Scout leader, substitute school nurse, and was active on the Saddle River Historical Society. In 1986, she published "The History of Saddle River" , a comprehensive history of the town. Her husband Tom was the longtime owner of The Hardware Store in Saddle River before they retired in 2004 and moved north to the Adirondacks. Sandy was an active member on the SPRC and various committees at Whiteface Community United Methodist Church in Wilmington, New York.

Sandy was happiest near the water - boating, camping, and spending time with her family in the Adirondacks and Northern Nevada. She was an avid genealogist, loving mother and Oma. As she said very recently, "I've had a good life."

Along with her husband Tom, she is survived by her daughter Kathy (Van Benschoten) Walen and husband Kevin of Reno, Nevada, son Thomas A. Van Benschoten and wife Jennifer of Jay, New York, and her beloved grandchildren Kinsey, Kady, and Colden.

Arrangements are entrusted to Zaumetzer Funeral Home in Au Sable Forks, New York. A Memorial Service will be announced at a later date.

A tribute for Sandy can be found at https://www.hzfuneralhome.com, where you can leave memories and expressions of sympathy for the family.

To order memorial trees or send flowers to the family in memory of Sandra VanBenschoten, please visit our flower store.